In Who We What?

I got a panicked e-mail from a sibling the other night, frantic that we should pray for our nation. You see, he heard that the U.S. Mint is issuing Dollar coins WITHOUT the phrase 'In God We Trust' on them. Someone later replied to the whole group that the issue was indeed a hoax, after checking it out on Snopes.com. Praying for our nation doesn't hurt, even if the panic was ill-founded.

Still, it got me thinking. Does having the the phrase 'In God We Trust' on our currency really mean anything? We, as a nation, obviously DO NOT trust or obey God, so the phrase is really a falsehood. A blasphemy, to be specific. If ever there was an instance of taking the Lord's Name in vain, this is surely one.

So, it begs the question; Would it do God more honor to remove his name from a currency that is based on a nation that endorses Abortion, Pornography, Idolatry, Greed, Envy, and any other mortal sin under the sun?

I do realize that we have a sizable number of people that nominally believe in God, but a majority of them are pretty selective at their personal and public application of what we know of God's Will. In all reality, they worship any number of Gods of stone, wood, flesh and fantasy.

Maybe the next Dollar should be printed with 'In Us We Trust'. It's not worth much, but at least it's honest.
Posted by Brother James at 7:57 PM No comments: 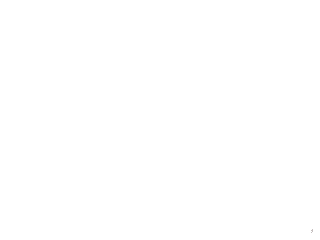 I'm not one for religious antagonism, but I also abhor submitting to bullies' death threats.
Posted by Brother James at 5:52 AM No comments:

The Gravity of Sins Disputed

I don't know what it is about America magazine, but the editors frequently seem to be drifting Leftward, and happen to be Jesuits.

On this occasion, Fr. James Martin S.J. takes issue with the Pope's declaration that Abortion and Homosexual "Marriage" are gravely evil sins. From America magazine's blog:

Pope Benedict XVI's comments last week in Fatima, Portugal, in which he stated that abortion and same-sex marriage were "some of today's most insidious and dangerous threats" to the common good seemed oddly discordant. The equation of abortion, something that clearly is about a threat to life, with same-sex marriage, which no matter how you look at it, does not mean that anyone is going to die, is bizarre.

The Pope said they are "insidious" threats, because all but the most wise would not believe them to be threats. Like Fr. Martin S.J., who seems to be under the impression that gay marriage is a socially and spiritually harmless diversion.

Why has same-sex marriage been equated with abortion? Are they really equivalent "threats" to life?

They aren't equated, but they do spring from a similar source: "My body is MINE, and I shall do with it as I see fit." Abortion denies life to a life already started, while homosexual relationships denies life to future life. Both refuse the rule of God over our sexuality and reproduction. This is mortal sin.

If you’re looking for a life issue with stakes as high as abortion, why not something that actually threatens life? Like war? Or the death penalty? Or the kind of poverty and destitution that lead to death? Why aren't “abortion and war” the most "insidious and dangerous" threats to the common good? Or “war and the death penalty”? Or “war and poverty?”

These are not "insidious and dangerous" because they are OBVIOUS and dangerous, and the Church speaks out about these things all the time, the Gospel also speaks out against theft, hatred and violence. But, War is not socially acceptable, and neither is poverty. It is not only against socially abhorrent sins, but also against the sins that our culture embraces that the Church is to speak out. Don't filter your message because you fear the loss of party invitations and the shallow goodwill of the social elites.

The great danger is that this increasingly popular equation will seem to many as having less to do with moral equivalency and more to do with a simple dislike, or even a hatred, of gays and lesbians.

Instead of condemning the message and messenger, the writer should be expounding on Church teaching, not just pounding on it. He'd be doing all his gay friends a better service by preparing them for the Kingdom of Heaven, rather than railing for their comfort on Earth.
Posted by Brother James at 6:58 AM No comments:

Family, and the Reality of Marriage

Some thoughts that have been banging around the ol' cranium:

How can one make an argument against "gay marriage" without resorting to religious proof texting? One could appeal to natural law, physics, biology and reality.

Sure, modern society has provided ways and means of creating simulacrums of productive, life-sustaining unions. But these inherently sterile cooperatives, either by nature or by choice, do not contribute to the future of the society. Sure, the participants may derive sentimental pleasure and personal affirmation from these pairings, but they offer no future to the larger society. They are dead-ends.

Proponents will point to the modern decline of the quality of marriages to somehow strengthen their argument that artificial unions are just as good. The problem with modern marriages is not with the definition of marriage, but of modern peoples' obsession with selfish pursuits of edification and gratification. Don't blame the recipe for cake when you start your disaster by substituting dirt for flour.

Sure, a homosexual couple can procure common property, furnishings, and even children produced by others. They can surround themselves with every trapping similar to a heterosexual, reproductively active pair bond, but it does not change the inherent difference, it does not change the truth. Sure, humans have built aircraft to soar above the ground, but it hasn't changed the laws of physics and gravity.

The larger society needs to recognize that its future can only be made with the help of the heterosexual, reproductively active pair bond. In that recognition, the society must give that union due deference by honoring its significance, not dithering away its definition to pander to peoples' feelings and sentimental illusions.
Posted by Brother James at 8:17 PM No comments: